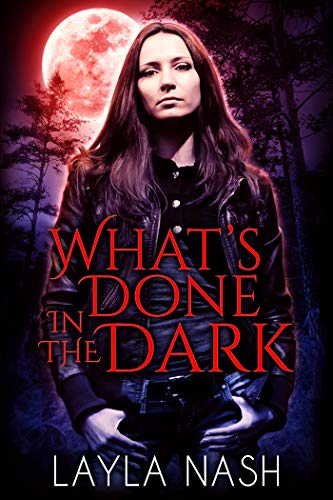 Cryptozoologist Ada Montgomery searches the mountains for two things: her missing brother and the kind of cryptids that’ll make her famous. Sasquatch, Ozark Howler, Snarly Yow… She’s got evidence they’re out there. She believes in evolution and science – definitely not magic. Until a vampire saves her life.

He hands her an unbelievable bill: cure his little daylight = ‘go poof’ problem or pay the price. Her scientific genius can help him. His supernatural abilities can find her brother. If they help each other, everybody wins. Right?

Except more than just UV rays stand in her way.

Werewolves with a grudge stalk her. Cryptids show up at her cabin and make themselves at home. And the vampire blood she took to stay focused? Turns out it’s addictive.

A supernatural war threatens to erupt in the dark, and she’s smack in the middle of it. Ada will have to save everyone to save herself, and the full moon approaches. Well, lesson learned: bargaining with a vampire devil means there’ll be hell to pay.

It’s time to settle up.