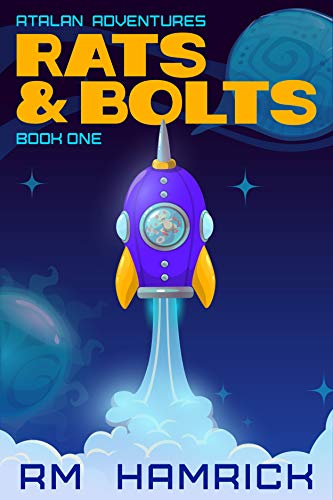 In a universe of opportunities, Captain Frankie and the crew of the Atalanta Empress are coming up empty.

Their day started off OK, but a giant ship attacked their little ship; they lost their jobs to a gimmicky transport scheme; and their mechanic quit after they crash-landed on a planet overrun with an invasive rodent species.

The capture of a Kieron fugitive on the planet could finance their escape. Unfortunately, she’s a cunning saboteur, innovative thief, and simply, way out of the crew’s league.

Can Frankie lead an Earth widow augmented to carry heavy things, an unruly maned second-in-command, and two triplets with freaky mind powers on a venture beyond delivering tea towels? Or will they be devoured by space rats?

Hitchhiker’s Guide to the Galaxy meets The Golden Girls in the first Atalan Adventures novella fueled by perpetually pregnant animals, passive-aggressive phone calls, and proponents of the Millennial Gratification Project.