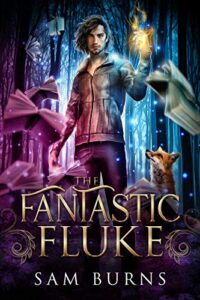 A lost fox. A gorgeous ghost. And an unlikely partnership to stop a murderer.

Since his mother’s murder, Sage McKinley doesn’t live, he exists. His weak magic has made him an outcast, shadowing his life with self-doubt. All that changes when the spirit of a gunslinger appears in his bookstore with a message that will flip Sage’s world upside down. According to the mesmerizing apparition, a powerful magic lies within Sage… if he can find a way to tap into it.

But dastardly threats accompany this untapped power. Bodies are piling high as a killer hunts for the secrets of the mage that now course through Sage’s veins. Can Sage find the confidence to embrace all he’s capable of? Or will the next life snuffed out be his own?