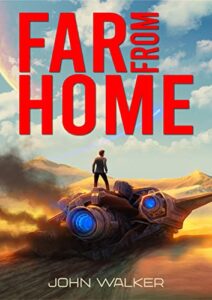 Seth thought he had his life all planned out. After retiring from the Marines, he sought a career in the private sector. Moving up the corporate ladder proved harder than he thought, and when he suddenly loses his job, he wonders if he might be wasting his life.

Until a car accident changes it forever. Finding himself marooned on an alien prison planet, he must team up with a rebel in order to survive. But the environment isn’t the only hazard to overcome with bloodthirsty genetic anomalies and dangerous inmates on the prowl. It seems the only way to survive is to escape the planet, if he can find the necessary allies and equipment to achieve the impossible.

For no one’s escaped Lakon Prison before. But then, they never tried to cage a Marine.