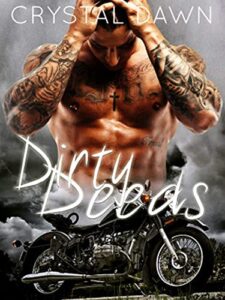 His club, Ravenous Wolves, was known and feared locally. They had a reputation for doing whatever was needed, no matter how dirty, to get their desired results. He wanted to shed the nasty reputation to bring his club into the modern world and gain the respect they deserved. J. C. was ready for a mate, but he needed the perfect one.
Destiny, she hated her name because it was often the butt of jokes. Now she was running. Her friend Tyne had sent her to an out of the way place in Oklahoma, but was she any safer here? Her former boss might not find her, but the alpha, JC was playing with her heart and that could hurt as much as being beaten up.