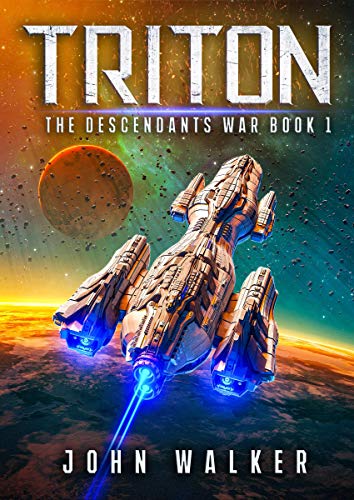 Commander Titus Barnes struggles to save his ship.

War brews on the horizon and the crew of the TCN Triton get caught in the middle. When they answer a distress call from one of their colonies on the edge of their space, they end up outmatched and outgunned by an unknown force. This conflict may well push humanity into a new age…or spell the beginning of the end for their race.

Meanwhile, two archaeologists work to uncover evidence of alien life on a far off planet. As they make what might be the biggest discovery of the human race, their activities trigger an alert, drawing dangerous forces to investigate. Cut off from any quick help and on their own, they must use every trick at their disposal to stay alive.