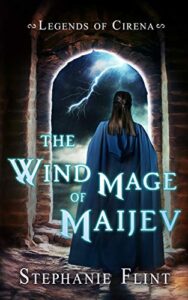 Brave the storm… read “The Wind Mage of Maijev” today!

~ Each of these Legends of Cirena stories can be read stand-alone: ~

~ Crossovers (It will help to have read the previous stories involving the featured characters): ~