Ice Crown (The Elements of Kamdaria)

Ice Crown (The Elements of Kamdaria) 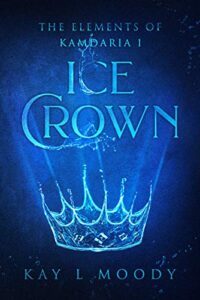 The competition could save her life…
But only if she wins.

Talise can manipulate the elements with ease. Water, air, earth, and fire all bend to her will. As a citizen of the Storm—a crime-laden land where death is the only constant—her only chance for a better life is to become Master Shaper.

A competition for the position takes place at the end of her training years. If she wins, she would live in the palace, work for the emperor, and escape her inevitable death in the Storm. But she’s not the only one with a chance to win.

Aaden is another talented student. As a citizen of the Crown, he was born with unlimited privilege and resources. When someone from the Crown wants to win, they do. End of story. And his shaping is unlike anything Talise has ever seen.

Complicating matters, Talise’s loved one in the Storm gives her reason to abandon the competition altogether, forcing her to make an impossible choice.

Torn between duty and freedom, she must learn that clinging to the past, might destroy her future.

For fans of Throne of Glass and the Grishaverse, this desperate fantasy world has elemental magic and tension you could cut with a knife.