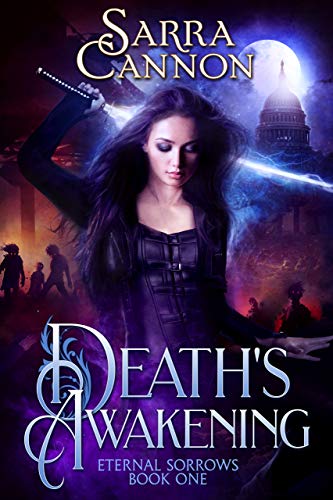 I never dreamed the world would end this way…

Sixteen-year-old Parrish Sorrows is nothing special. She lives in the shadow of her prodigy sister, ignored by her parents and shunned as an outsider at her private school.

But today, everything changes.

Today, on the other side of the country, a portal to another world opens. A man and a witch step through, both tied to Parrish in ways she never could have imagined.

Because of these strangers, an ancient evil awakens, spreading a virus that will kill millions in a matter of weeks. When the dead begin to rise, survivors must battle an enemy they can’t even begin to comprehend.

But as the world is dying, a mysterious power inside Parrish is reborn. A power that proves she was special all along. A power that shows she’s the key to saving what’s left of the world.

…and she’s not the only one.

Told from alternating points of view, Death’s Awakening is equal parts fantasy and horror, witches and zombies, love and loss. It is the story of five extraordinary survivors struggling to realize their destiny as they fight against the darkest evil this world has ever seen.

This young adult zombie apocalypse adventure with witches and magic will keep you up reading late into the night.