Cora: Rise of the Fallen Goddess

Cora: Rise of the Fallen Goddess 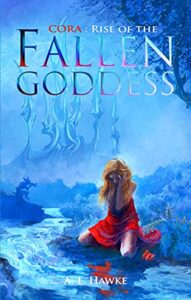 Cora is the goddess Persephone, living in Greece in the fourteenth century B.C. In order to shelter her from prophecy, her mother, Demeter, sends her away to Azure Blue. The young girl is raised and protected by the nymph queen, Nephrea, in a dreamlike crystal palace among azure trees and amethyst fields under a green sun. She’s adopted into the Amazon code of honor, bravery, and righteousness. But Cora is not an Amazon nymph. And prophecy holds quite a different fate for her as she grows into adulthood—Hades, Lord of the Underworld.

Upon Persephone’s fall, Demeter rages and threatens to freeze the entire world under ice and snow forever. Nephrea offers a sacrifice to quell her rage, but down in the fiery world below, it might be more than just the goddess who will need saving.