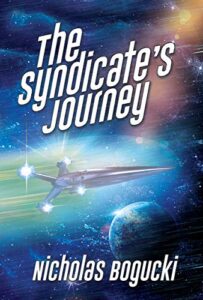 Thousands of years in the future, light-years away from the Solar System and humanity are Earth’s descendants which are the transhumans. They live on a planet called Nuwurth in the Tarkington System.

The transhuman’s lives are a part of the worldwide program, called the Syndicate. Six generals split rule over the different areas of Nuwurth and one general rules above them.

General Deschner sends four of the generals on a classified mission to two alien planets without prior knowledge. Will they be successful in investigating these planets or will they fail?