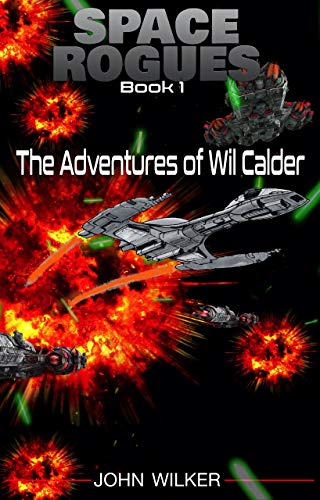 No one mentioned getting stranded in the outer solar system.

They sure as heck didn’t mention alien space pirates!

Wil Calder is a human, the only one to leave our solar system.

But that was years ago.

Now, he’s a lonely smuggler, looking for a crew, because space is lonely and boring. Just a few folks to boss around once in a while, is that so much?

The best-laid plans of mice and space men, or something like that. Wil has a crew now so that’s good. Too bad they’ve found themselves in the middle of more trouble than they are prepared or qualified, to handle.

“If you tried to cross the Buck Rogers TV Show from the early ’80s with the Guardians of the Galaxy movies, you’d come close to the rollicking good fun of this classic space opera.” Amazon Review

Fans of Farscape and Firefly will love the crew of the Ghost.

Join the crew of the Ghost on the first of many fantastic adventures.