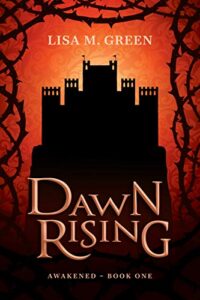 Once upon a time, a girl was born. A hundred years later, she grew up.

Aurianna must rewrite the past in order to save the future. She was supposed to be the answer to an enigmatic prophecy discovered on the night of her birth. But a terrible curse changed her life forever.

That is, until a mysterious stranger arrives to break the spell. He awakens Aurianna to the truth of her past and the powers she never knew she had.

When he sweeps her back in time, she discovers there is more to her life than she ever imagined. The world she encounters is both strange and familiar. But learning to control her newfound elemental powers will be the least of her problems.

She must race against time to uncover the truth about a catastrophe that will leave the world broken, divided, and at war.

Aurianna just wants answers. But the people need a savior.