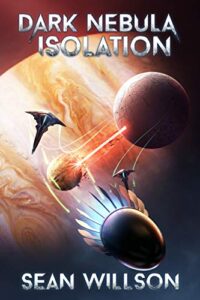 Good intentions paved our path to the stars. Only one family knew the potential cost was extinction.

As the President of the Confederation of Planetary Explorers, Abigail Olivaw imagined she’d be just another footnote in history, until she’s thrust into defending mankind in a galactic tribunal. An alien collective arrives in Sol and insists humanity has knowingly broken its most sacred law. If true, the outcome could mean the end of our species. With the help of her A.I. companion, Abigail must learn to navigate the alien cultures to turn the tide in our favor.

Meanwhile, lightyears away, Major Lync Michaels and Director Joyce Green, part of the founding colony mission to Epsilon Eridani, are dealing with a deadly alien threat of their own. Their new world isn’t nearly as welcoming as it first appeared. They must choose to defend their colony or answer a cryptic call to arms in Sol.

At the center of it all is a family secret nearly three centuries old. Can Abigail and her team mend their fractured pasts to save humanity or are they already millennia too late?

Dark Nebula: Isolation is the first book in a sci-fi series that features unusual aliens, surprising plot twists, and complex characters. If you like fast-paced stories that question our technological assumptions and our place in the universe, then you’ll love Dark Nebula.