An Unkindness of Magic: A Steampunk Novel

An Unkindness of Magic: A Steampunk Novel 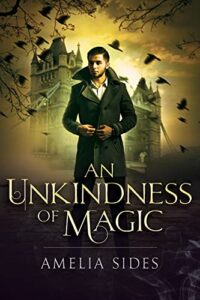 Captain Dante White returns from the war a broken man. London was meant to be a refuge, not a continuation of the war. Mages from his original unit in bootcamp are turning up dead, drained of magic. Will he be next or will he be forced into being a scapegoat for the Army yet again?

Death hunts him, bringing long buried secrets of his family to light.

Can he find the real killer before he becomes the next victim, or is he just another pawn broken by the game?